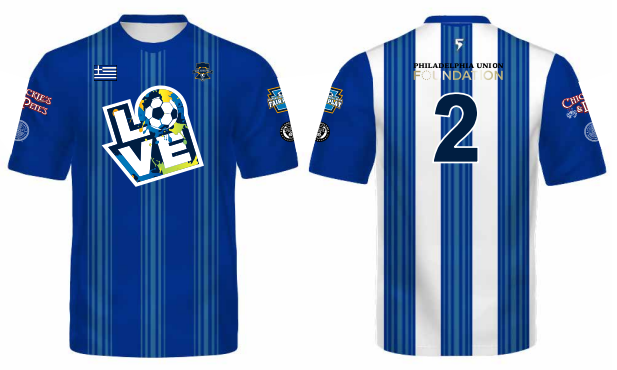 Does your country have a saying/slogan?
[There are[ lots of slogans in Greece, but one that comes to mind is “Molon Labe,” a classical Greek phrase meaning “come and take [them],” attributed to the Spartans as a defiant response to the demand they lay down their weapons. In the same spirit, we say we won’t lose; our Unity Cup opponents will have to beat us.

Can you tell us about your team’s makeup? How did your team come together?
We were very excited when we heard that we were in the Cup. Looking at the list of teams that participate in the Cup gives you the feeling that this tournament is like a mini-World Cup, and who wouldn’t love to be in it and play and interact with the participants from all these other countries? Our team spawned out of players that participate in our pick-up games. Also, our coaches and a lot of our players play in various leagues in the area. We put the word out, and our guys answered the call.

How do you think soccer in general (and the Unity Cup in particular) promotes inclusivity?
Any time people as diverse as the participants of this tournament can get together on occasions like the Unity Cup, they use soccer as a common language to bond and to interact with each other. They will then cherish the relationships that soccer helped create, and a lot of times move on to deal with each other in other aspects of life as well. Other sports have this ability as well, but because soccer is universally popular, it is unique in that it attracts people from more diverse backgrounds.

What places (such as restaurants or cultural centers) or groups in Philadelphia would you recommend to someone if they wanted to learn more about the culture of the country your team represents?
A great place to learn about Greece in general, and Greeks in the Philadelphia area in particular, would be the webpages of the Greek American Heritage Society of Philadelphia.

What’s one thing you wish more people knew about your team’s country?
As the mother of western civilization and democracy, Greece is a country still promoting these universal values while having renown natural beauty, a friendly people, and where a party is never too far away from where you are.